Two year wait is over

At times it felt much longer than 2 years without silverware for Chelsea FC. How painful was it to watch Manchester United celebrate yet another Premier League win? It took more than one manager but only Dutch Magician managed to finally deliver! Perfect farewell present for all of us. I am still walking around with a silly grin, it gets wider once I think of celebrations after 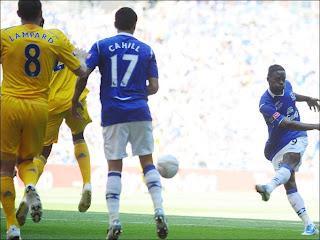 It was a cracking match, under sweltering +40C temperature, it was Everton who drew first blood in record breaking fashion. Move on Roberto Di Matteo, here comes Saha! It only took 25 seconds for Louis Saha to unleash unstoppable volley after weak clearance from Mikel. First record on this record breaking day, have fallen. Fastest goal in FA Cup final has been scored.

No matter what tv commentators we saying, Chelsea did not panic. Ball possession was key. Crisp passes, flank attacks. Malouda and Ashley Cole were starting to dominate Hibbert whom Moyes replaced during half time. One of the Malouda's crosses eventually found Didier Drogba who out muscled Lescott and unleashed textbook header into Evertons goal, 1-1. Drogba has a wonderful habbit of scoring in Finals. In fact he's first to score in new Wembley when Maurinho's Chelsea beat Manchester United two years ago. 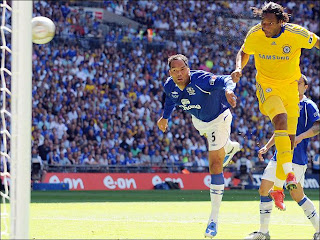 It took 21 minutes to respond but respond we did. Everton rarely threatened with occasional cross here and there. Saha came closest again with a header, but his missed the goal. Rest of the game went on like this:
Chelsea attacks, Everton's stubborn defense. Ashley Cole, Malouda and Anelka had close chances but somehow managed not to score.

Thoughts of another draw were flooding my head. After all, we're yet to beat Everton this year. Memories of their shootout victory against Manchester United were not welcome and worrisome.
Then there was Frank Lampard. As per his usual, he was having another fine game. Eventual game winner was a testament to everything that Lampard is to Chelsea. And as Simon Mullock wrote, Franks strike keeps up Lampard family tradition. You see, it was Frank Lampard Sr. who famously danced around the corner flag after scoring his goal, coincidentally against Everton.
Franks effort on goal was brilliant. Not only he regained his footing after stumbling due to Phil Neville's challenge, he was able to strike ball with his left foot. Strike had enough power to get by the keeper Tim Howard. He was able to get his hand on the ball, but that was not enough. 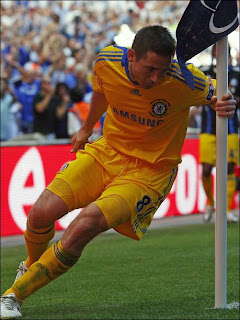 It was game winning goal, Franks 100th in 5 years. No wonder some call Frank a machine!

There was another goal, that didn't count. Malouda's shot. What a wonderful effort, Howard was helpless. Alas ref nor linesman were not in position to make proper call. Once again it was proven to the whole world that video technology is needed. 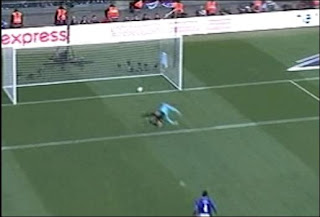 Fortunately in the end it didn't matter. Evertonian hearts were broken once again and Moyes walked away from yet another Cup Final empty handed. Hopefully they will continue to win games and able to crack top four as soon as next year.

Post game celebrations were joy to watch for any Chelsea fan and it is sad to see Guus leave. He shall remain in our hearts forever. 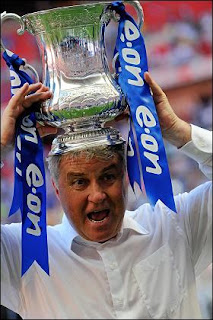